WE HAD A DREAM, WE MADE IT TRUE!
Azerbaijan hosted 2 great scout events - 13th WSYF and 41st WSC.

The World Scout Youth Forum took place in conjunction with the World Scout Conference. It took place before the conference and provides an opportunity for youth members of World Scouting to discuss different issues that face their NSOs from a youth perspective.
The 13th World Scout Youth Forum (WSYF) 2017 started with an energetic atmosphere in Gabala, Azerbaijan. The day began with the welcome session, and continued with the international team building, with more than 270 participants from 108 different countries.
Congratulations to the new Youth Advisors to the 2017-2020 World Scout Committee! : Edgar Marumbu (Kenya), Mori Chi-kin Cheng (Hong Kong), Amal Ridene (Tunisia), Diana Carrillo Tiburcio (Mexico), Martin Meier (Liechtenstein), Julius Kramer (Sweden).

After an incredible World Scout Youth Forum in Gabala, our participants spent a day in Shaki, a beautiful town near Gabala. Then, the fun continued at a beach in Baku where they slept over! Dances, colour fests, concerts - all were a part of this unforgettable experience!

Many #Scouts and guests were enjoying the #ScoutConference exhibition with great photographs of #Scouting worldwide!

The 41st World Scout Conference was held in Baku, where many important decisions were made.The capital city hosted delegations from 167 National Scout Organizations on August 14-18.
During WSC member organizations consider the policy and standards of the Scout Movement, formulate the general policy of the World Organization and take the action required to further the purpose of the Movement. WSC 2017 - discussed further development of scouting organizations, strategy formation and plan activities, amendments and much more, Trend Life reported.
The five-day conference that took place at Baku Congress Center was co-organized by the World Organization of the Scout Movement - WOSM and the Association of Scouts of Azerbaijan with the support of the Azerbaijani Ministry of Youth and Sport.
The event brought together delegations of the NSOs across the Scout Movement’s Africa, Arab, Asia-Pacific, Eurasia, European and Interamerican Scout Regions.

These important changes took place during WSC 2017:
- The 25th World Scout Jamboree 2023 will be hosted by the Korea Scout Association! Congratulations!

The 13th World Scout Youth Forum and the 41st World Scout Conference in Baku were one of the largest events held in the Eurasian Scouting Region in terms of the scale and number of participants.

Official Facebook page : https://www.facebook.com/wsc2017/
Special thanks to Enrique Leon for the photos.
https://l.facebook.com/l.php?u=https%3A%2F%2Fwww.flickr.com%2Fphotos%2Fw...

by Association of ...
from Azerbaijan, منذ سنتان 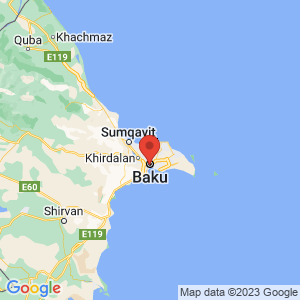 مدن ومجتمعات محلية مستدامة
القضاء على الفقر
القضاء التام على الجوع
السلام والعدل والمؤسسات القوية
المساواة بين الجنسين
Are you sure you want to delete this?
Welcome to Scout.org! We use cookies on this website to enhance your experience.To learn more about our Cookies Policy go here!
By continuing to use our website, you are giving us your consent to use cookies.