The Singapore Scout Association(SSA) supported the Chingay Night Fiesta on Sunday, 21 February 2016 at Bishan-Ang Mo Kio Park as “Clean and Green Ambassador” to promote the anti-littering message to the public.

In line with Singapore’s name as a “Clean and Green City”, the People’s Association(PA) wanted to imbue the values of keeping Singapore clean in the younger generation. It is important that our younger generation appreciate and value the efforts put in by our pioneers to make Singapore a truly clean and green city, and take on the responsibility to pass on a clean and green Singapore to future generations. About 1,500 Chingay Night Fiesta volunteers helped spread this message as they join others to keep the Park clean and litter-free. Partners include Project Blue WaVe volunteers from PA’s Water-Venture, the PA Youth Movement (PAYM), Tzu Chi Foundation and the Singapore Scout Association.

From cub scouts all the way to adult leaders, we volunteered to go around with trash bags to pick up any litter from the ground and to be “walking dustbins” for the public to exercise proper disposal and have the responsibility for the environment around them. There were a lot of litter thrown especially from the freebies given out during the event and the amount of small plastic wrappings was significant. The scouts went in teams to cover the main areas of where the freebies were given out and also to encourage the public to throw any rubbish they had into the trash bags that the scouts were carrying.
The scouts played a significant role in this event with the collection of more than 20 trash bags of rubbish. Leaving the park a little cleaner than how it was showed the environmental impact of our service.
While we were picking litter as we were walking around the park, we were encouraging the public to join us in keeping the park clean and litter free. Many people were influenced positively. After walking one round or two around our designated area, I noticed the public also disposing of their litter in the litterbags that were placed around and available.
Speaking to some of them they did say hat it was a good effort by us Scouts and they thanked us for helping the environment. Some even shook our hands with great pride.
If we had to do it all over again, I would recommend that we be given better clearer instructions and the organizers would have a better plan. Like where to get the disposable bags from. With that said the group worked well together using our own initiative.

I feel that it is so important to give back to community because it is an investment, an investment for the future. It shows not just the younger generation but all that if one person can keep the park clean it goes beyond that one park. It influences the next person to do the same. To be litter free & to Reduce, Reuse and recycle and save the world.
The whole experience made my friends and I feel proud of what we have done to keep Bishan Park beautiful and clean and we will do it again. 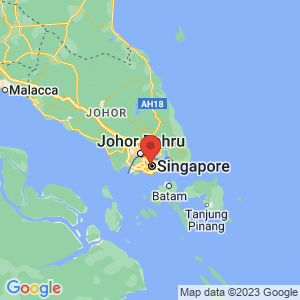 القضاء على الفقر
القضاء التام على الجوع
المياة النظيفة والنظافة الصحية
الاستهلاك والإنتاج المسؤولان
مدن ومجتمعات محلية مستدامة
Are you sure you want to delete this?
Welcome to Scout.org! We use cookies on this website to enhance your experience.To learn more about our Cookies Policy go here!
By continuing to use our website, you are giving us your consent to use cookies.