The Municipality of Bani in the Province of Pangasinan conducted its 1st Schools Cluster KAB-O-REE at Centro Toma Elementary School, Bani, Pangasinan on 15-17 January 2016.

It was participated by 130 KAB Scouts, Parents and Kawan Leaders which made the event successful through the assistance and guidance of Regional Scout Director of the Ilocos Region, BSP , Miss Imelda S. Samson and the Council Scout Executive of Pangasinan-San Carlos City Council, BSP Mr. Vivencio C. Vinuan.

According to Miss Samson, the KAB-O-REE of the Municipality of Bani is the FIRST event to be conducted in the whole Province of Pangasinan and in the whole Region as well.

Activities conducted during the event are: Investiture Ceremonies, KAB Olympics, KAB Sining, KAB Sulong, KAB Sayahan, and Kawan Holiday. The SCOUTS GO SOLAR is a Special Module given to all the participants where the scouts, parents and adult leaders learn how ti use the renewable resources through different Solar gadgets through the Scouts Go Solar Ambassadors, Miss Imelda S. Samson and Mr. Ronie C. Bumenlag.

by Neilbrien A. Pamo
from Philippines, منذ 4 سنوات 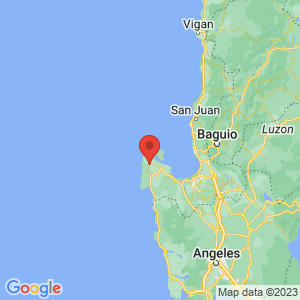